I became interested in relief prints and the printmaking process in college. This focus led to many years of carving monochrome woodcuts. The most ambitious project was a set of four monumental prints, made for my MFA thesis show at the Temple Rome gallery. Most of my prints are large scale and produced in a studio. The exception is a series of small blocks made during my tenure as a Fulbright fellow. For this project I roamed the streets of Barcelona and carved on location images of the city, the people and their behavior. Currently I am working on a series of eighty color woodcuts that will serve as a starting point for making large scale color prints. 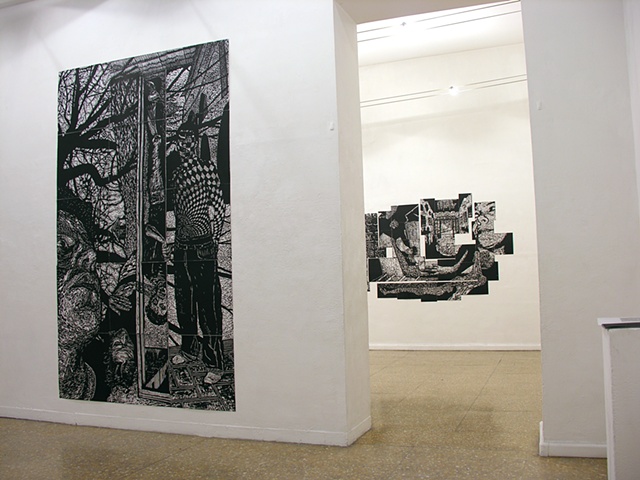 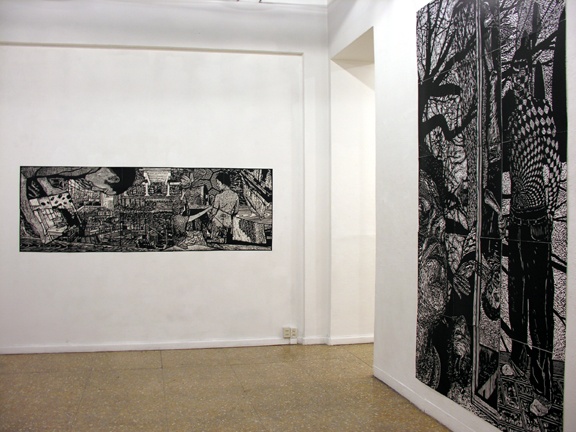 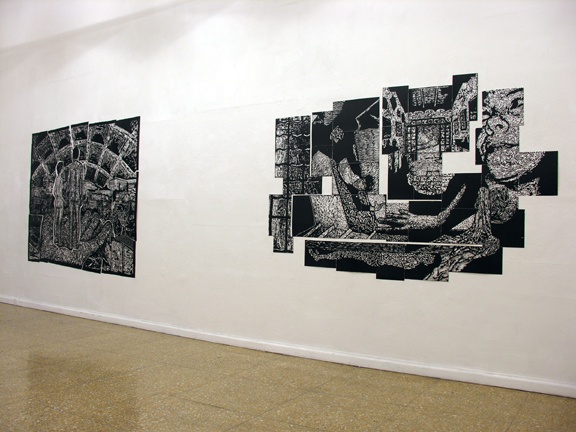 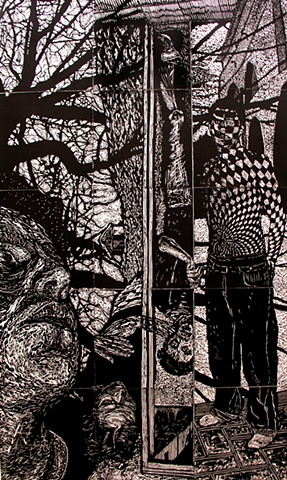 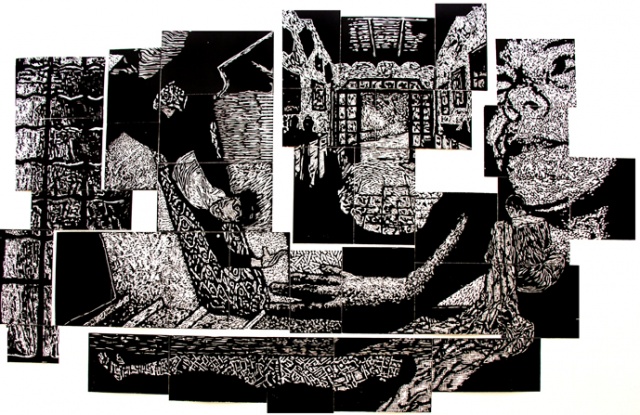 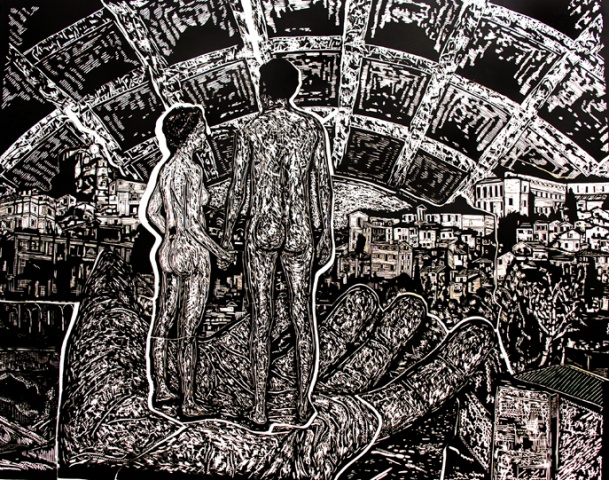 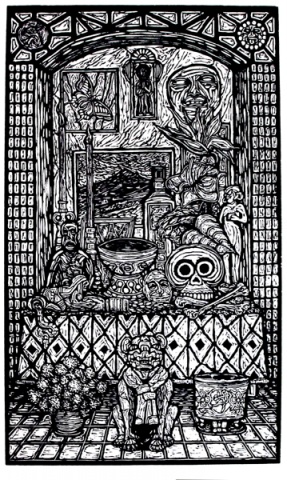 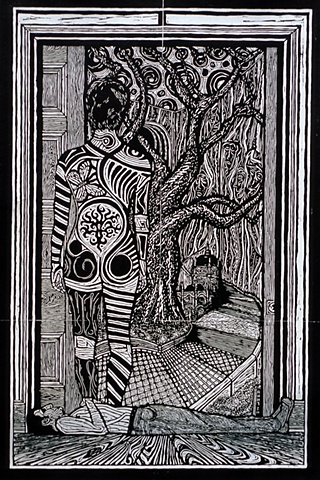 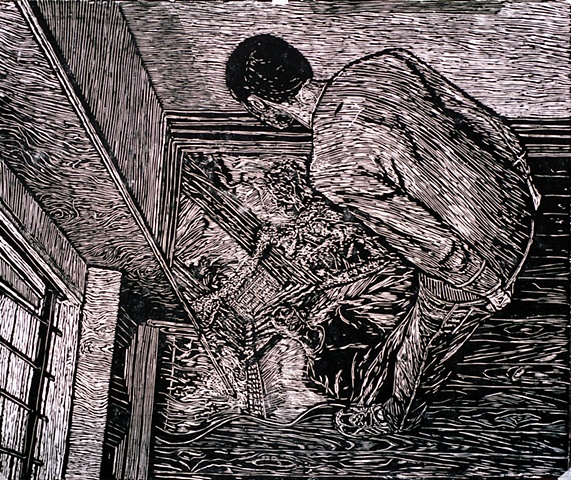 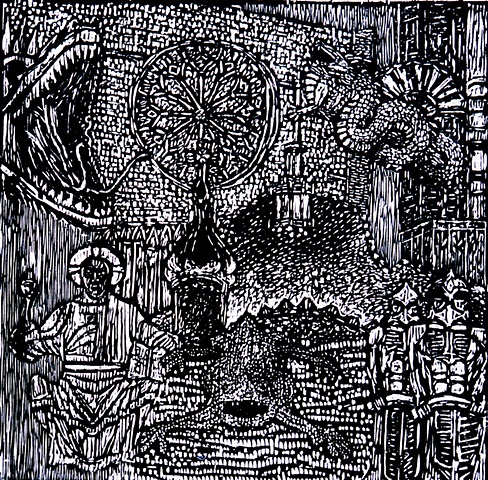 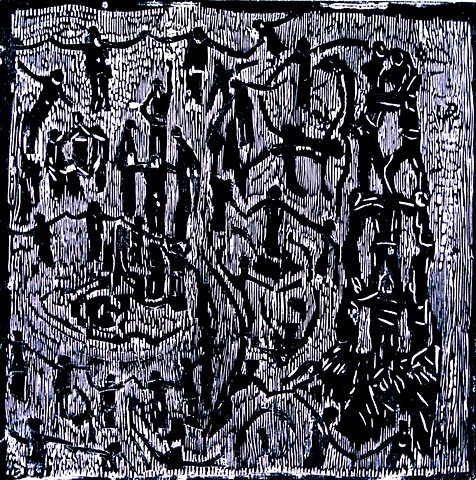 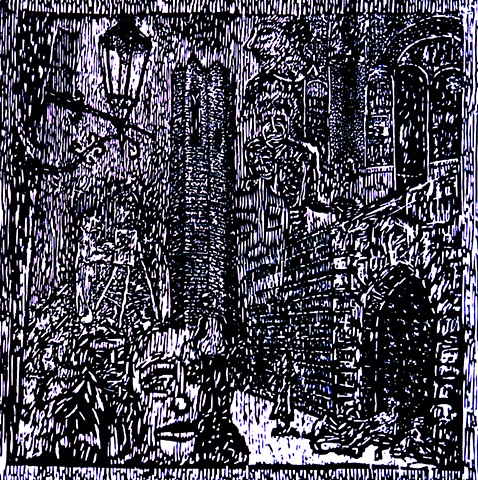 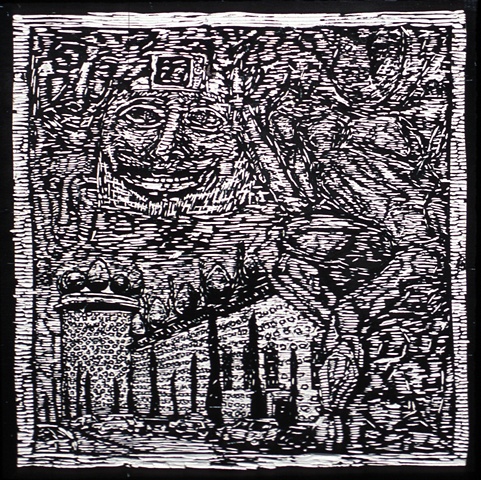 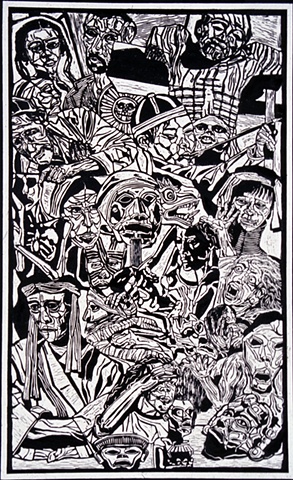 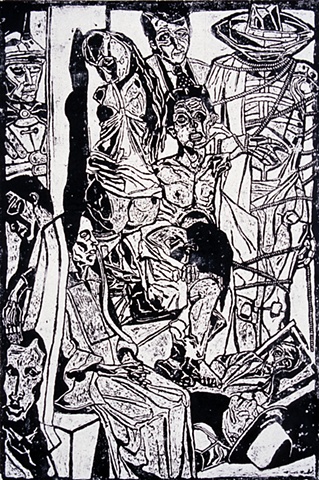 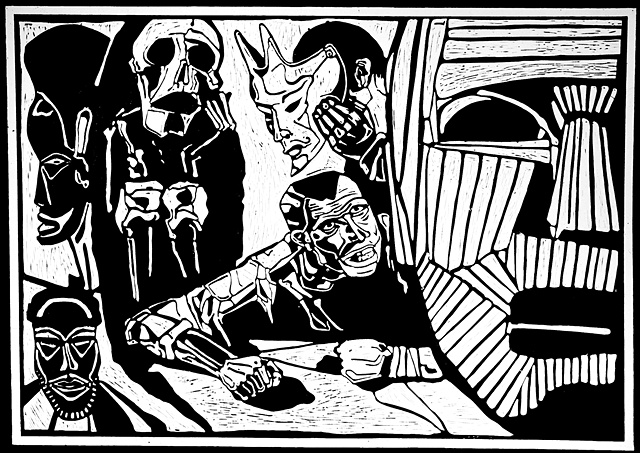 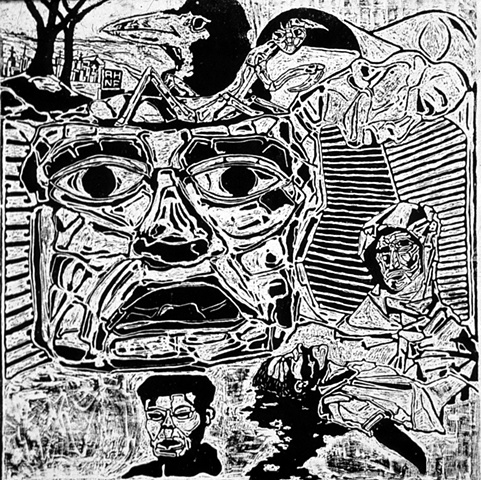 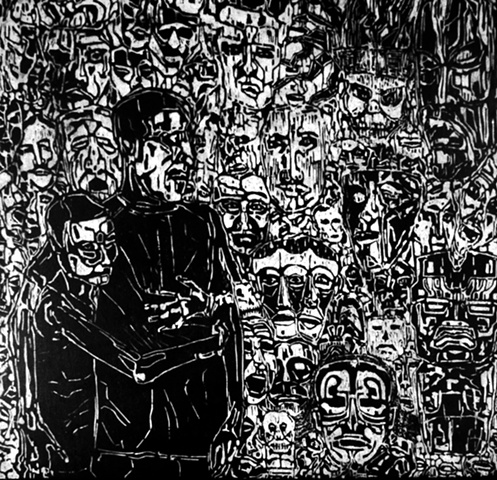